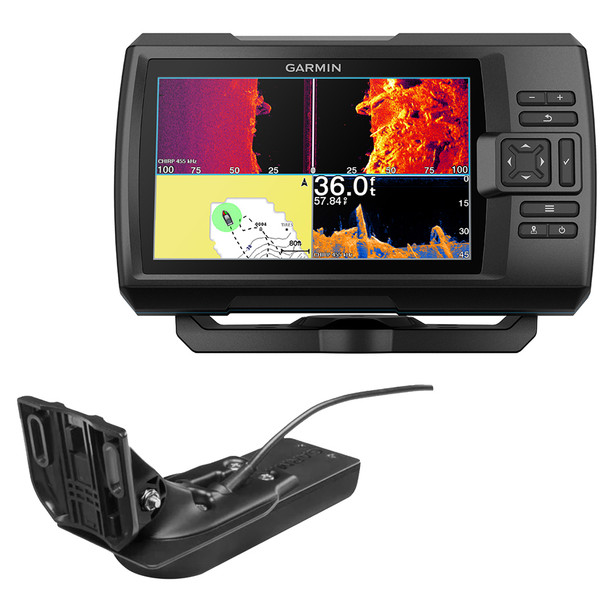 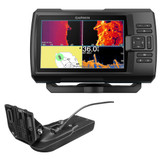 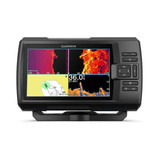 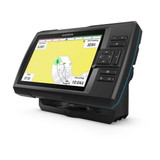 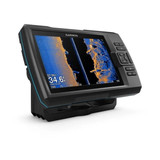 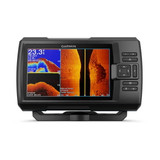 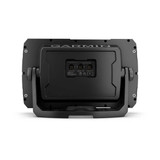 You almost have to feel sorry for the fish these days. Modern technology has really stacked the odds in anglers' favor.

You can see fish and structure in colorful detail with the Garmin Striker 7sv fishfinder. This easy-to-use 7" device now features high-contrast color palettes to make it easier to spy on what's beneath the surface. That will let you know when you are over exactly the type of bottom you want to fish and help you put your lures and baits right in front of the noses of the fish you want to catch.

Read a Garmin Striker 7sv review or two and we think you will agree: This fish finder/transducer combo could produce some striking improvements in your fishing results.

GT52HW-TM transducer is perfect for freshwater anglers who want CHIRP traditional sonar and CHIRP DownVü and CHIRP SideVü scanning sonar. This transom-mount transducer consistently displays clear and crisp fish arches with superior target separation as well as clear definition of structure below and to the side of your boat.

The GT52HW-TM is ideal for mounting to a trolling motor due to its compact size. For installation, follow the included instructions carefully to avoid damaging your boat.

MSRP:
$79.99
The newly designed matte black I Fish Pro Tip-Up with insulated based allows you to use your favorite rod and reel rather than trying to manage a fish catch by hand. No more frozen and tangled line...
Quick view

MSRP:
$59.99
Tip-ups allow ice anglers to keep an eye on one or more ice fishing holes from afar. These strike indicators show when something is nibbling or biting at a bait so the angler can hustle over and,...
Quick view

MSRP:
$299.99 - $329.99
Ice fishing bibs form the solid core of warmth most anglers use to withstand the freezing cold weather they contend with while pursuing their favorite hobby. If you're serious about your ice fishing,...
Quick view