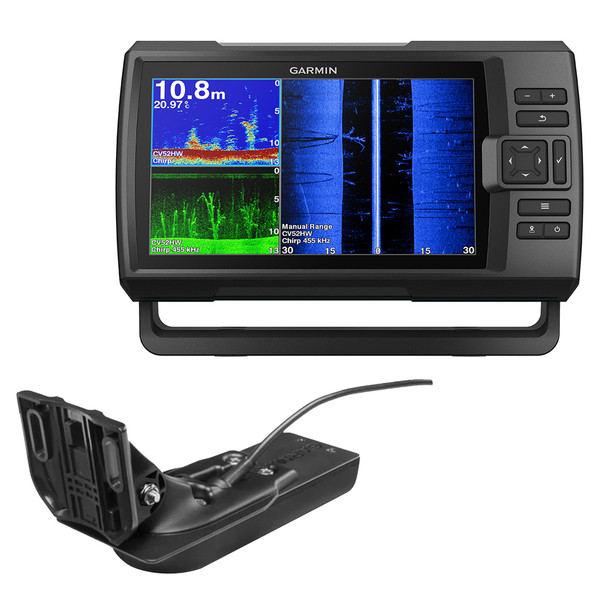 Wi-Fi is a registered trademark of the Wi-Fi Alliance.

GT52HW-TM transducer is perfect for freshwater fishermen who want CHIRP traditional sonar and CHIRP DownVü and CHIRP SideVü scanning sonar. This transom mount transducer consistently displays clear and crisp fish arches with superior target separation as well as clear definition of structure below and to the side of the boat.

GT52HW-TM is ideal for mounting to a trolling motor due to its compact size. For installation, follow the included instructions carefully to avoid damaging your boat.

MSRP:
Now: $10.49
Was:
The celsius magnetix jig box 20 is a two-sided magnetic tackle box that is ideal for hooks, jigs and swivels. the magnet in each compartment keeps everything safe and organized. 10 large compartments...

MSRP:
Now: $69.99
Was:
The Women’s Lakeshore Hoody is the perfect blend of style and comfort. Whether you are chasing the bite on the ice or simply enjoying lake life, this supremely soft poly/cotton blend hoody...