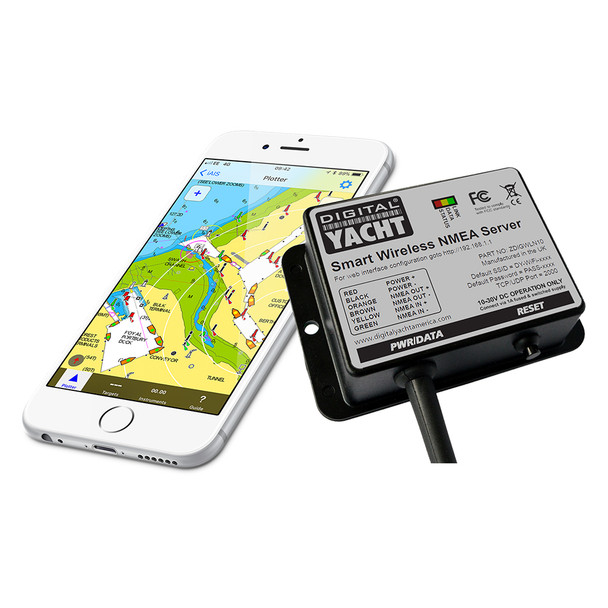 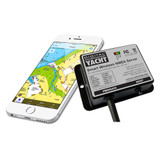 Digital Yacht’s WLN10 Smart NMEA to WiFi gateway takes iPad and tablet integration afloat even further with the ability to connect to existing on board GPS, AIS and instrument systems and transfer data wirelessly to an iPad or tablet – allowing compatible apps to display and compute with real time information. The WLN10 creates a secure, password protected wifi network on board to footprint the boat with data.

When connected to, for example, an AIS system, real time AIS target positions and identity data will be displayed on detailed electronic charting through compatible apps including NavLink, TimeZero, iAIS, iSailor, Seapilot and hundreds more. The tablet becomes a full function navigation display.

This version of the WLN10 can now be programmed through its simple browser interface for NMEA 0183 data at 4800 or 38400 baud and for initial programming: Just logon to the IP address and you can set baud rate, SSID and password.  No complicated programming! Through the web interface, you can also view NMEA data received for easy fault finding of issues.

The WLN10 Smart supports both UDP (for multiple connections) and TCP/IP interfaces for maximum compatibility with apps so you can be using a PC at the chart table with an iPad on deck. It’s also bidirectional so apps can control an autopilot if this function is enabled.

The Smart WLN10 has one NMEA0183 input which can be configured through the web interface. You can also utilise our SeaTalk to NMEA adaptor to allow SeaTalk instrument data to be interfaced directly to the WLN10 Smart. 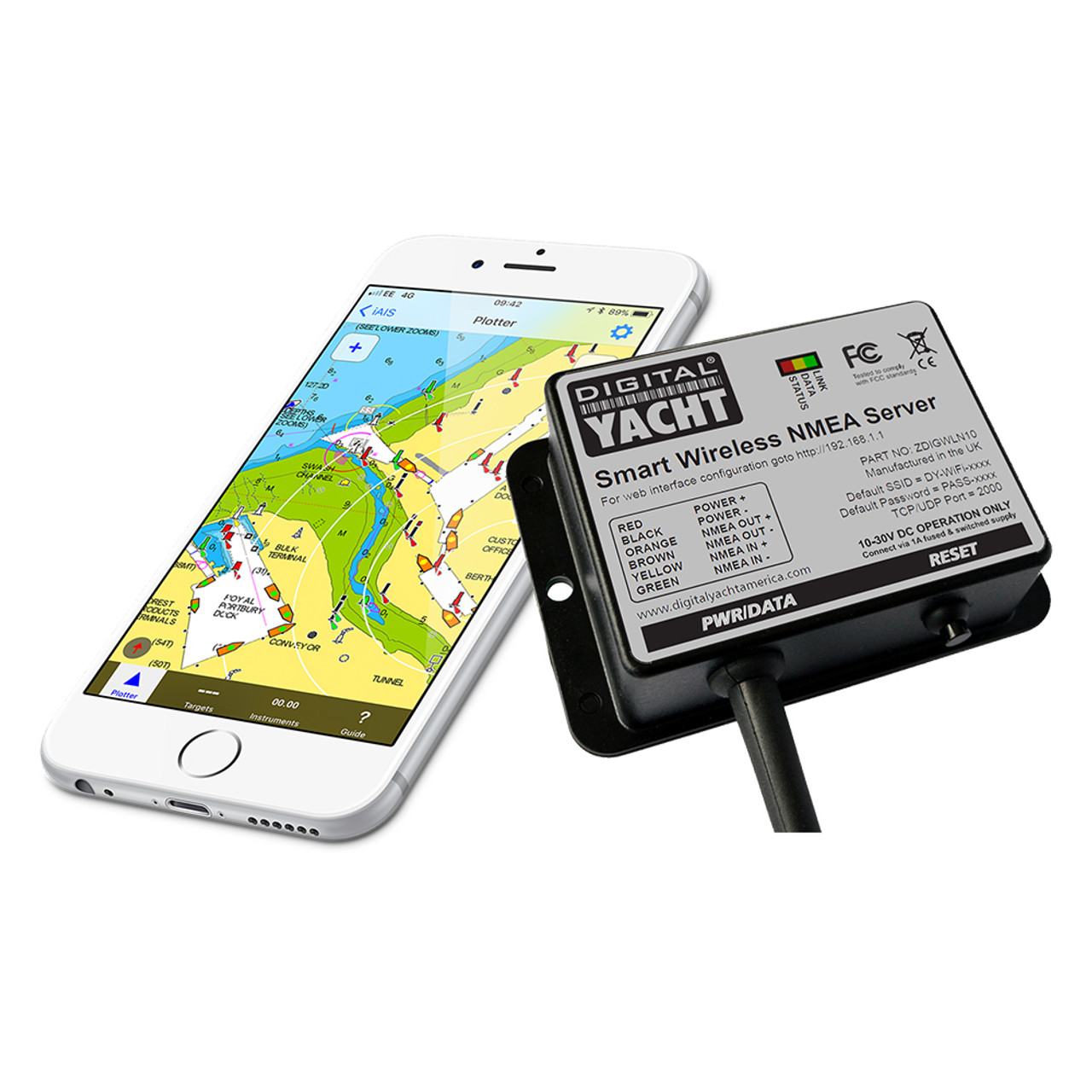 MSRP:
$259.95
WLN30 Smart Wireless NMEA Multiplexer“The WLN30 is a smart NMEA to WiFi Multiplexer designed to connect your smart phone and other wireless devices to your boat’s navigation systems. It features...
Add to Cart Quick view

MSRP:
$186.99
SeaTalk1 to NMEA InterfaceDigital Yacht's SeaTalk to NMEA (ISO) Converter is a small, but powerful interface that provides bi-directional conversion between a SeaTalk network and an NMEA 0183 network...
Add to Cart Quick view

MSRP:
$242.99
NavLink 2 NMEA to WiFi GatewayDigital Yacht's NMEA to WiFi adapter.NavLink:NavLink is a low cost app designed for use with an iPhone or iPad. It transforms your iPad into a full function chart...
Add to Cart Quick view

MSRP:
$259.95
WLN30 Smart Wireless NMEA Multiplexer“The WLN30 is a smart NMEA to WiFi Multiplexer designed to connect your smart phone and other wireless devices to your boat’s navigation systems. It features...
Add to Cart Quick view