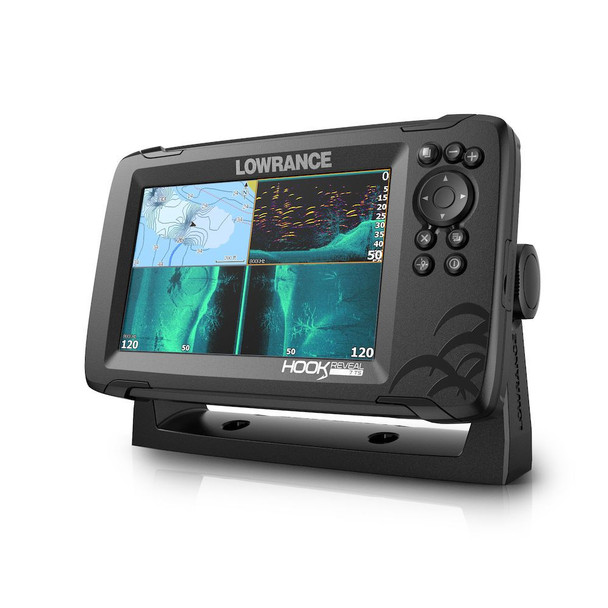 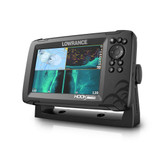 From the world’s best-selling series of fishfinders comes HOOK Reveal, a new fishfinder/chartplotter with one of our most popular features — FishReveal™. This powerful fishfinding tool combines the proven target identification of Lowrance CHIRP sonar with the high-resolution images of bottom detail and structure from DownScan Imaging™. That gives you the ultimate fishing view, allowing you to target fish and get the best view of how they are relating to structure without the need for a CHIRP-DownScan Imaging™ splitscreen display.

Designed to make the most of your time on the water, HOOK Reveal ensures you get the best sonar image every time with Autotuning Sonar, a unique feature that automatically adjusts sonar settings as fishing conditions change. What’s more, you’ll cover more water in less time with double the sonar coverage of other fishfinders, and have an easier time accessing key features with an optimized keypad and simple menu layout.

HOOK Reveal comes with a loaded combination of navigation tools to get you on the fish, including a preloaded US Inland fishing map with 1-foot contours on 4,000 lakes and Genesis Live real-time mapping. Find productive fishing areas faster with the built-in fishing map or map uncharted areas — down to ½-foot contours — with Genesis Live. 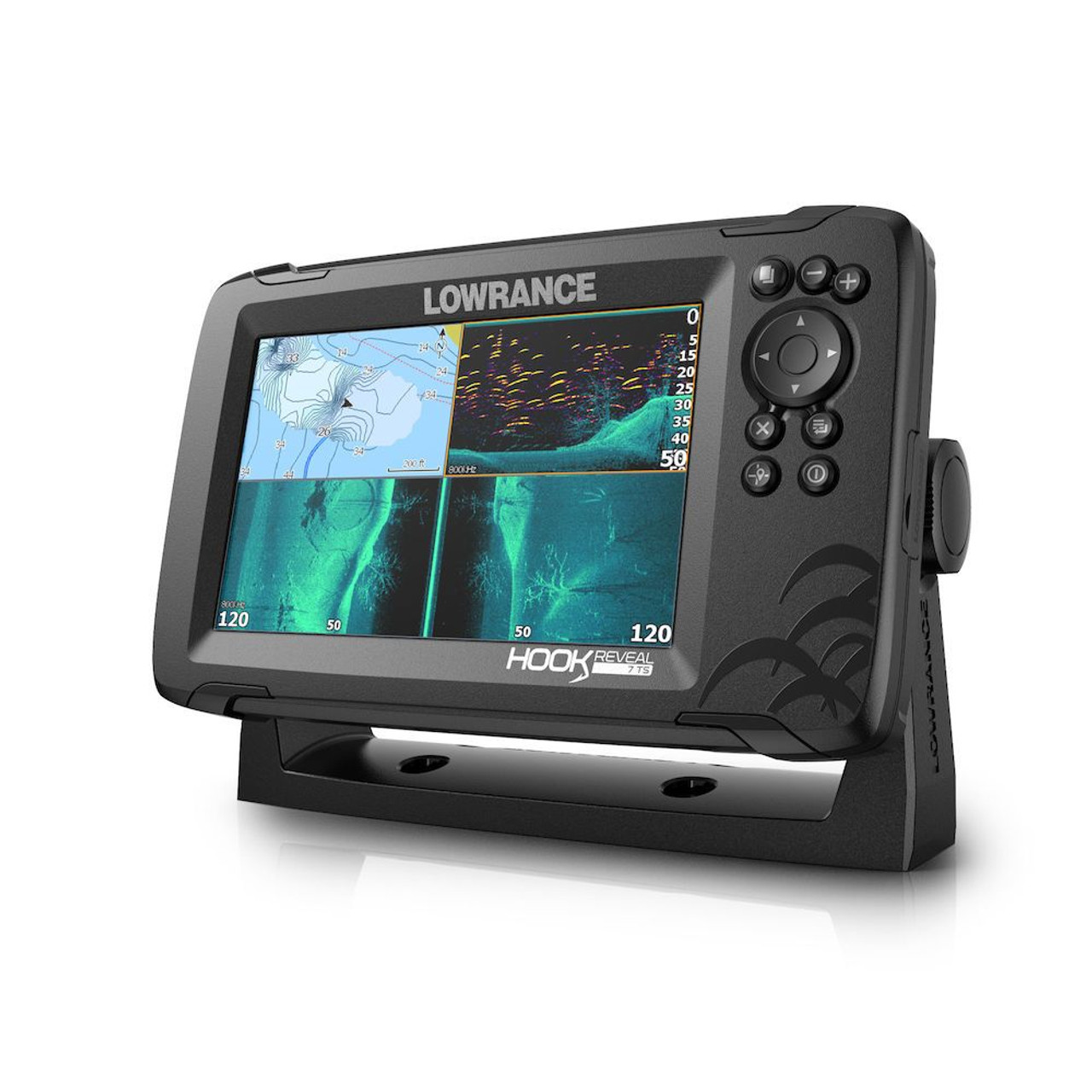 MSRP:
$12.98
GoPro Camera AdapterCamera Adapter compatible with GoPro Cameras and Shurhold Handles. Extend the versatility of your camera by quickly and easily attaching it to any Shurhold handle.Hundreds of...
Add to Cart Quick view