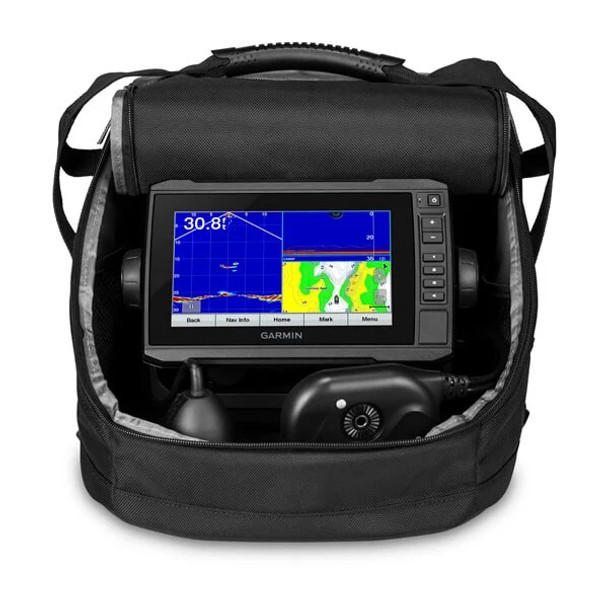 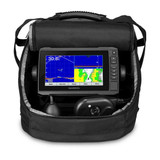 Use the 7" ECHOMAP UHD 73cv touchscreen combo with keyed assist for three types of sonar, and go from ice to open water.

See what’s below the surface with the included Panoptix PS22-TR transducer. Use the swivel pole mount to change your angle.

LiveVü Forward sonar shows up to 100’ all around you and below the ice, so you can locate schools of fish and know where to drill the next hole.

LiveVü Down sonar shows moving sonar images of what is below the ice, so you can watch fish respond to your jig.

The unit comes preloaded with LakeVü g3 maps with integrated Navionics® data, covering more than 18,000 lakes in the U.S.

The built-in flasher provides accurate jig and fish detection as they swim into the sonar beam.

You can create custom pages that combine sonar, flasher and map on your display.

Where you take your bundle is up to you. But the rugged, portable carrying case lets you easily transport it from hole to hole and season to season. 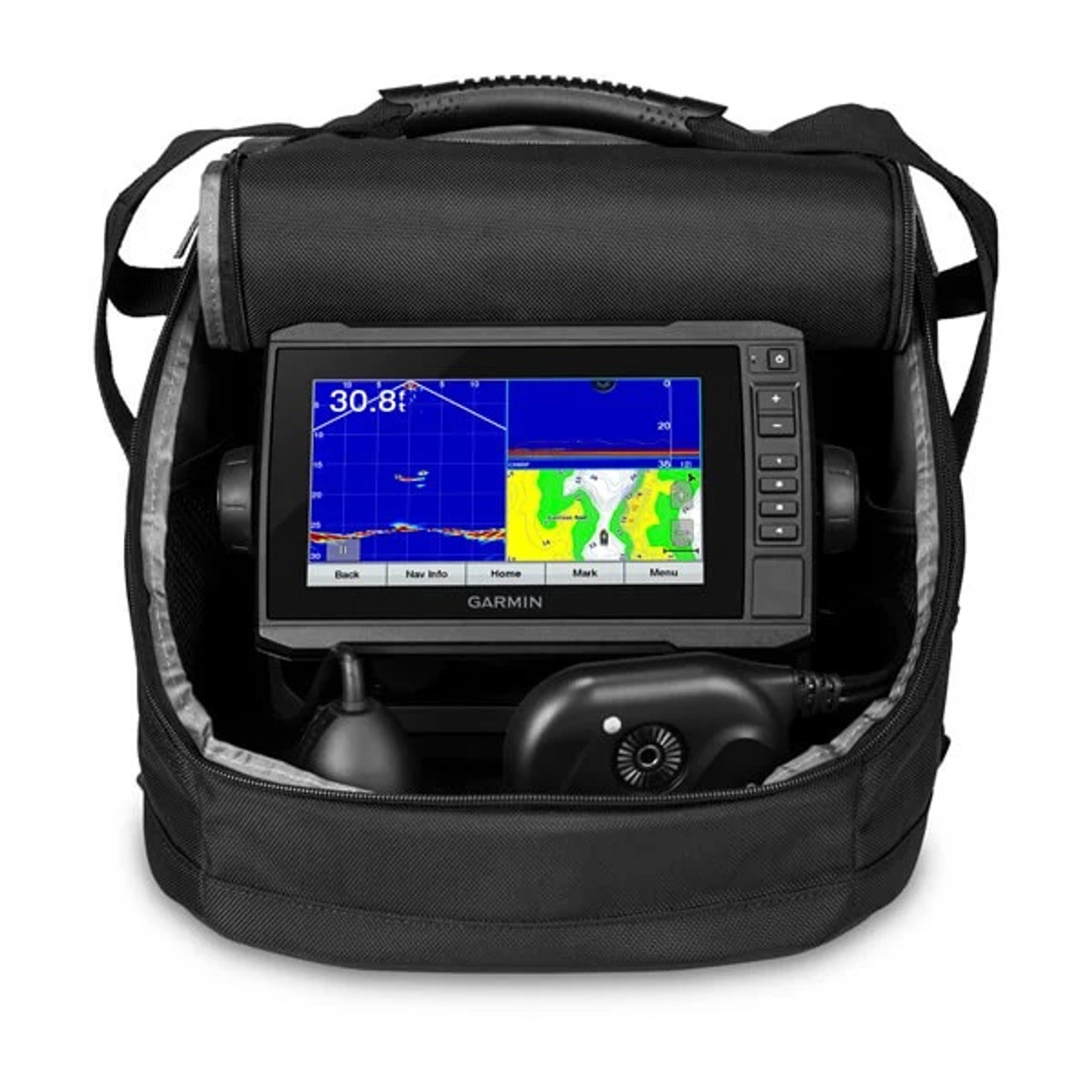 MSRP:
$999.99
Garmin ECHOMAP 93sv UHD Combo US Lakevu g3 without Transducer Model: 010-02342-00 See below and around your boat in incredible detail with optional transducer Navigate any waters with preloaded...
Add to Cart Quick view