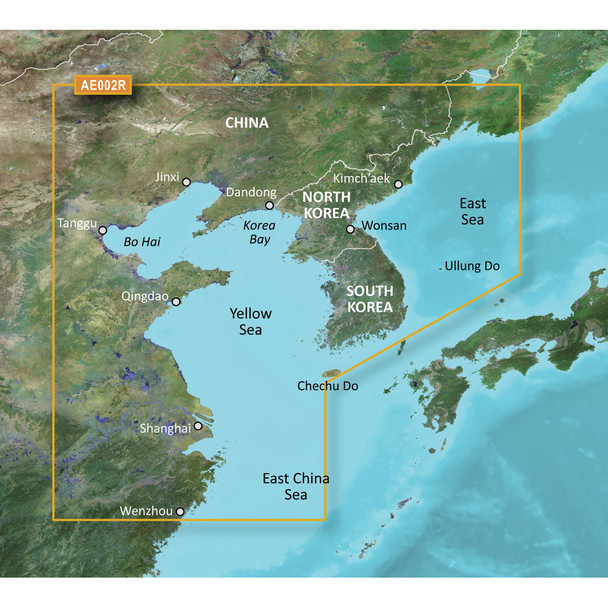 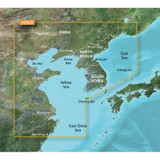 The Chinese coast from Wenzhou to Dandong, the North and South Korean coasts in their entirety, and the Russian coast east to Nakhodka. Also includes general coverage of the southern tip of Japan from Yonago around to Kochi. Included in this overall general coverage are numerous detailed charts covering areas in China such as Shanghai, Qingdao, and Dalian, and also Nampo, N.Kor., Pusan, S. Kor., Chongjin, N. Kor., and Nagasaki and Fukuoka in Japan.

Detailed charts help the mariner guide their boat in and out of port with confidence.

Displays high-resolution Depth Range Shading for up to 10 depth ranges so you can view your designated target depth.

MSRP:
$174.99
BlueChart® g2 Vision® HD - VAW451S - Red Sea - microSD™/SD™Coverage:The Red Sea and Gulf of Aden in their entirety, as well as the Indian Ocean including portions of the coasts of Somalia and Oman...
Quick view

MSRP:
$2.79
The Sabikis are made with real fish skin, and are available with or without mylar. Farallon Feathers are deadly on any type of bottom fish.
Add to Cart Quick view

MSRP:
$509.99
Bennett 18X12 Trim Tab SystemBennett Electric Trim Tab Sets without ControlsModel: BOLT1812UPC: 666285600054Wires are concealed and protected through the upper hinge — there are no exposed wires to...
Add to Cart Quick view

MSRP:
$169.99
Tatula 200 Baitcasting Reel - TAT200H The Daiwa Tatula 200 Baitcast Reel is the answer to many heavier tackle demands. Reinforced Brass Gearing can carry the load of a more powerful quarry and is...
Quick view