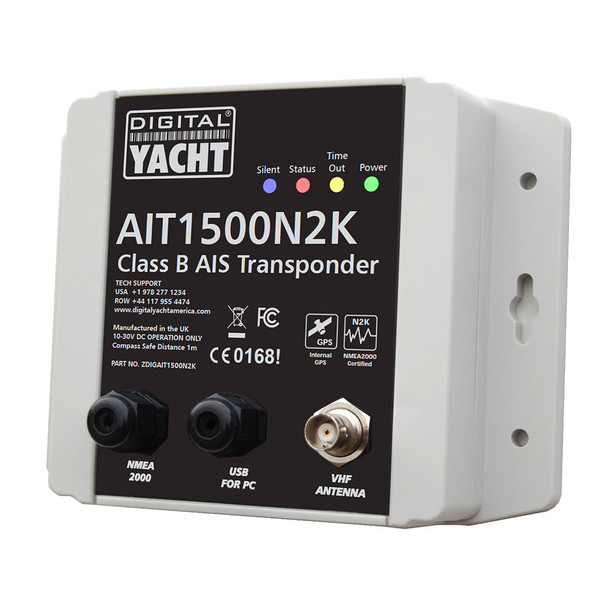 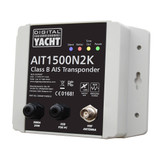 The AIT1500N2K is a Class B AIS transponder with built in GPS antenna to make installation as easy as possible. The super sensitive design allows below deck mounting on GRP boats such as small yachts, RIBs and center consoles and cuts down on antenna clutter. It connects to your boat’s electronics via a plug ‘n play NMEA 2000 connection and power is also taken from the NMEA 2000 backbone. Simply connect a VHF antenna (or use our SPL2000 AIS-VHF antenna splitter) and you’re equipped with Class B AIS.

Once installed, your AIS compatible plotter will show an overlay of targets and you’ll transmit your position every 30 seconds when underway to other AIS users. There’s also a USB interface for PC/MAC connectivity which can be used for programming the transponder with your boat details.

The AIT1500N2K features a waterproof and tough enclosure with 4 LED indicators to show the status of the transponder. 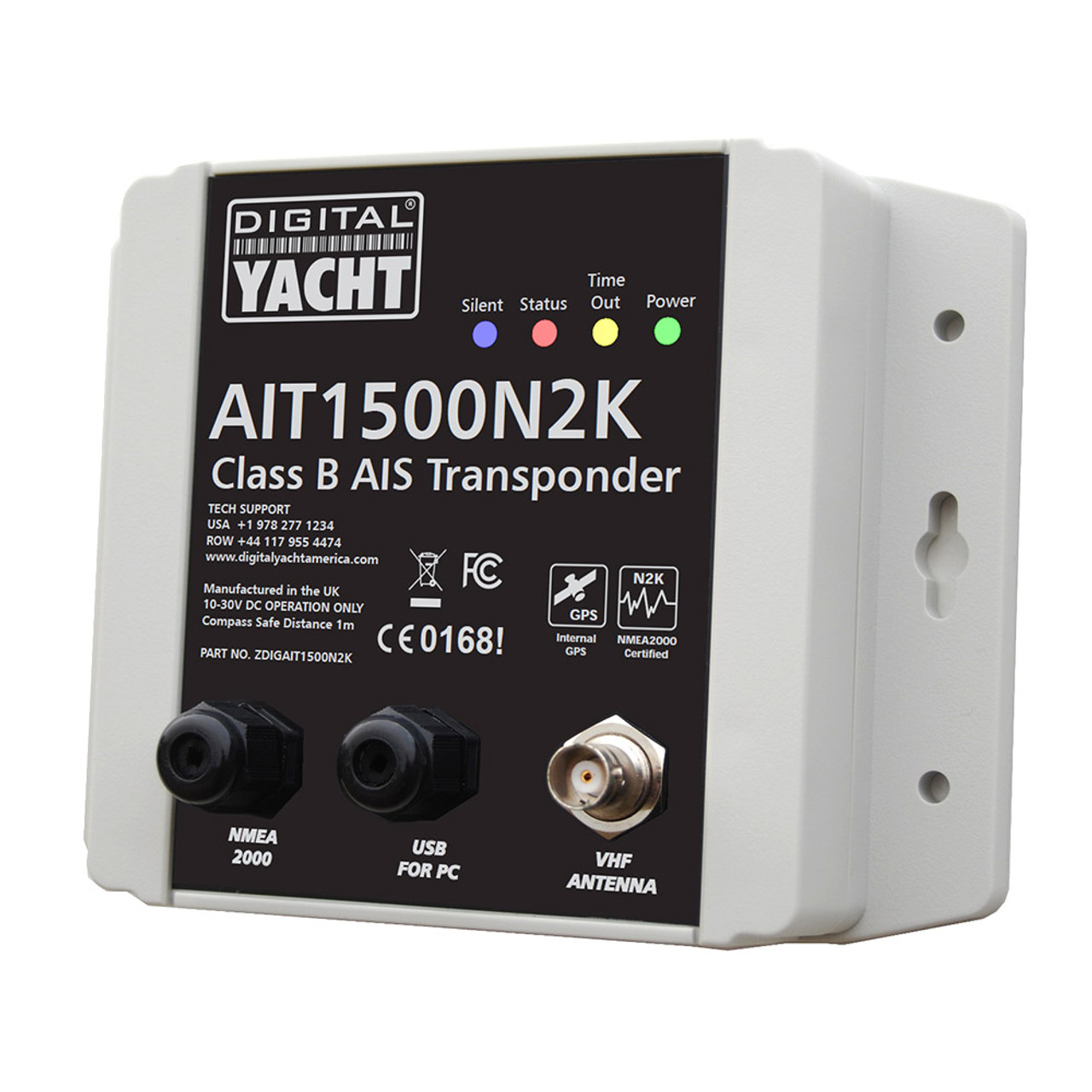