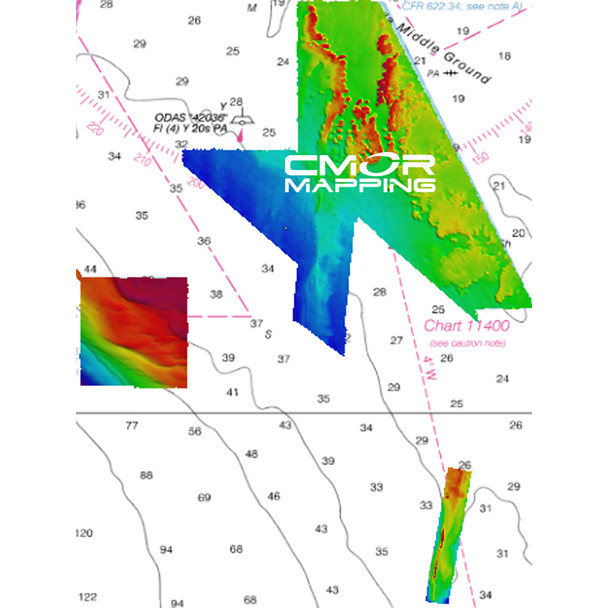 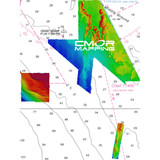 The northern end of this extensive reef system lies approximately 65 nm south of Apalachicola, while its southeastern end lies about 70 nm west-northwest of Tampa.

Although the Middle Grounds is among the best fishing and diving areas in the Gulf of Mexico, it's still critical to know where you're going once you invest the time and fuel to make the trip.

CMOR Mapping bathymetry arms you with more and better data than anybody else on the water.

NOAA Chart 11006 is included in the background.

CMOR cards are compatible with all units capable of running the Lighthouse II and Lighthouse 3 interfaces. In order to support CMOR Mapping, units must have at least v17 software installed. Units include:

MSRP:
$700.00
West Gulf of Mexico for RaymarineThe West Gulf Of Mexico CMOR Card includes coverage offshore of western Louisiana and Texas:  If your looking to deep drop for grouper, tilefish and swords or...
Quick view

MSRP:
$249.99
BlueChart® g3 Vision® HD - VAF001R - Eastern Africa - microSD™/SD™Coverage:Coverage of the east coast of Africa, Madagascar and the major lakes of Eastern Africa.   Coverage is from the Gulf of...
Add to Cart Quick view

MSRP:
$25.00
If your Garmin GPS has an MCX Connector but your external antenna has a BNC Connector - bridge the difference with this adapter. One end has the right angle connector WARNING: This product can...
Add to Cart Quick view